What is the RAY BAUM’s Act?

Signed into law in 2018, The RAY BAUM’S Act emphasizes the importance of sharing precise dispatchable location information when calling 911 from a calling station, which provides invaluable information to first responders in locating distressed callers that will dramatically improve emergency outcomes.

RAY BAUM’S Act was named in the honor of Raymond Sims Baum (August 18, 1955 – February 9, 2018). He was an American lawyer, lobbyist, and politician. Ray was a Commissioner and Chairman of the Oregon Public Utilities Commission (PUC), he served on the Board of Directors of the National Association of Regulatory Utility Commissioners (NARUC), and as the Chair of NARUC’s Committee on Telecommunications. RAY BAUM’S is also an acronym that stands for Repack Airwaves Yielding Better Access for Users of Modern Services.

The bottom line is that your MLTS (multi-line telephone system) needs to be in compliance to ensure dispatchers know where 911-callers are.

If you are building or opening a new build hotel (or business) or planning to upgrade or replace your MLTS/PBX System after January 6, 2021, you need to comply with The RAY BAUM’S Act. To learn more about whether your hotel is currently RAY BAUM compliant, download our whitepaper.

Download our White Paper  for further specifics on the origins and intent of The RAY BAUM’S Act. Find out its requirements and detailed ways to simplify and mitigate risk, up to and including full compliance. 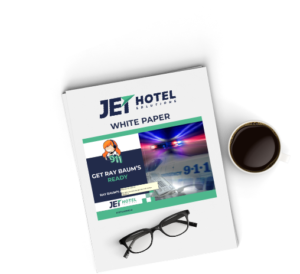 HOW TO GET RAY BAUM’S READY – Free Guide

Learn the requirements and solutions for RAY BAUM’S Act compliance.

Be Informed. Don’t Go It Alone!

It is highly recommended for the hotel owners to weigh all options for coming into compliance for existing hotels, as it may be possible to meet requirements while reducing overall operational expenses and mitigating risk.

CONTACT JET Hotel Solutions to assist in the selection and help oversee the deployment of your phone systems. We will help ensure The RAY BAUM’S Act requirements are met by all involved parties coupled with a thorough QA Test of the system to ensure compliance.

Connect With Us – JET Hotel Solutions 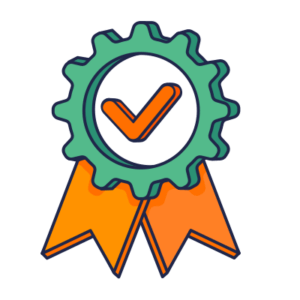 TOP 5 Things to Know for The RAY BAUM’S Act 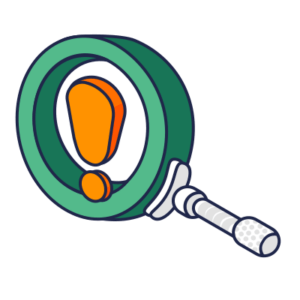 Are You RAY BAUM’S Ready?

JET Hotel Solutions, acting as the Owner’s Advocate for hotels and businesses, would like to clarify and simplify several aspects of The RAY BAUM’S Act and 911 calling from US-based hotels, businesses, and organizations and then share ways to meet new requirements and, thus, mitigate risk.

Download our White Paper to find out more about the RAY BAUM’S Act and see if you are RAY BAUM’S ready!