Hotel Cyber Attacks are Nothing New 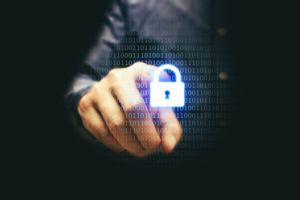 Hotel technology offers the convenience of making hotel reservations from the comfort of our homes.  We can arrange for hotel stays, make special requests and include amenities, all from our computers and mobile phones.  Implementation of these technologies offer the expediency that most consumers are looking for, but it also presents its own risks.  Prior to COVID-19, hotels have long been susceptible to cyber-attacks.  The U.S. Department of Commerce reported that hotels are not allocating enough in their budgets when it comes to cyber-security.  Over 22 million U.S. travelers reported being victims of cyber-attacks during their dealings with hotels.  And more than 25 million consumers reported that restaurant visits resulted in some type of data breach. 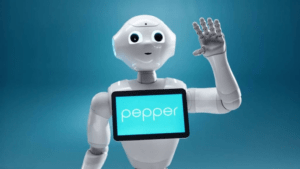 COVID-19 is responsible for the massive changes currently being experienced by the hotel industry.  It has caused the hotel industry to invest heavily in hotel technology, with many hotels turning to contactless hotel technology in order to protect their employees and guests.  Hotels have many options that have already been on the market, but the COVID-19 pandemic has pushed these technology solutions to the forefront of the hotel industry.  Many hotels have implemented mobile check in, that allows guests to check in and out by using their mobile phones.  Guests can also use their mobile phones to make payments and to request services during their hotel stays.  COVID-19 has forced hotels to implement work from home policies for their employees.  With the addition of the various contactless technology as well as employees having the ability to work from home using their personal computers, it has increased the necessity for hotels to invest in cybersecurity.

Why Are Hotels Appealing Targets to Hackers?

Cybersecurity experts believe that 3 out of 4 hotels are vulnerable to cyberattacks.  Hotels also process a large amount of transactions daily and that makes them extremely appealing to cybercriminals.  Even a small hotel will process a magnitude of transactions daily that require the use of personal information including passport numbers, email addresses and payment information.  Hackers can target hotels across the globe without even being in the same geographical location.  With such few hotels invested in a security protocol, it leaves their businesses especially vulnerable to cyber-attacks.

How Prevalent Are Cyber-Attacks?

The average damage caused by cyber-attacks now exceed $1 million.  The 2018-2019 Global Application and Network Security Report concluded that as a result of cyber-attacks, 54 percent of businesses experienced productivity loss and 43 percent resulted in negative customer experiences.  At least half of businesses reported that the goal of the attacks was to disrupt service and 35 percent described being targeted for data theft.  According to security experts, attacks are not just becoming more prevalent, they are also becoming more effective.  In 2019, 78 percent of businesses reported disruption of services as a result of cyber-attacks, compared to 68 percent in the previous year. In 2019, Verizon’s Data Breach Report Investigation, found that the hospitality industry was extremely vulnerable to cybercrimes.  And accommodation, food and lodging made up 54 percent of their caseload.  These types of attacks can be especially devastating to hotels because of the large amount of customer information that is processed and stored daily.

There are hundreds of small-scale attacks at hotels each month that can create chaos.  However, hackers also have the ability to create havoc on large hotel chains and cause some damaging consequences.  In 2019 Starwood/Marriot hotels suffered a data breach that resulted in the release of passport numbers and credit card information of 500 million people.

A data breach impacted 20 of the hotels operated by HEI Hotels and Resorts.  The hotel’s payment system was targeted and allowed hackers to store customer names, account numbers, expiration dates and verification codes.  The attack resulted in access to thousands of restaurant and bar transactions.

How Can Hotels Protect Against Cybercrime? 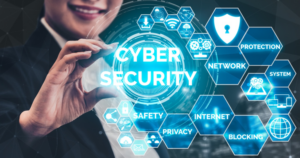 The hotel industry has been known to have high employee turnover rates, as many employees can leave for employment at numerous hotels.  Security protocols need to be put in place to properly ensure that staff are trained on how to handle customers information.  There are numerous cyber threats being faced by the hotel industry and it is essential that hotels invest in a security system that protects their businesses.  While hotel operators are not expected to be experts in cyber-security, they need to be aware that there is a real threat, and they need to explore options to protect the integrity of their businesses.  Hotels can begin by ensuring that they are in compliance with Payment Card Industry Data Security Standards (PCI-DSS) in order to protect their data and also to prevent against penalties in the event of a data breach.  Most Security experts recommend using enterprise-grade providers in order to secure their point-of-sale systems and their property management systems.  Hotels will need to find providers that ensure that they are in compliance with the standards required and that they are being monitored for internal and external attacks.

Contactless Hotel Technology is The Future

The COVID-19 impact on the hotel industry has left many the Industry struggling to survive.  The industry has been faced with numerous challenges, the pandemic has exacerbated change within the Industry and technology has become the solution to restoring employee and customer confidence.  Offering customers, the option of mobile solutions and contactless technology has been an attractive incentive for both employees and travelers.  As more hotels begin to reopen and customers start flocking to their favorite vacation destinations, hotels need to ensure that strict security protocols are in place to safeguard against all types of cyber threats.

Next Post
The Many Hats Worn by the Hotel Industry During the COVID-19 Crisis
Previous Post
COVID-19: The Game Changer for Airbnb and Hotels
Menu